As far as determining whether or not any sort of aircraft is qualified and ready to set flight, it will be very important for it to go through specific tests. The results of these tests will ultimately result in an aircraft airworthiness certificate that will certify the aircraft in question as air-ready. This approval process will be carried out by the Federal Aviation Administration or by delegated Organizational Designation Authorizations. If this process seems initially complicated, let’s take a closer look at what it looks like and what the application will entail.

In order to maintain safe flying conditions and efficient aircraft designs, the Federal Aviation Administration has set well-established aircraft certification processes. These are the components of such procedures.

Meanwhile, the special aircraft airworthiness certificate will apply for aircraft that belong in one or more of the following categories: 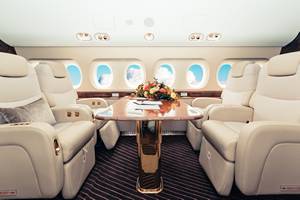 We know that submitting any sort of documentation to the Federal Aviation Administration can seem complicated or annoying, you don’t have to worry too much, for we can actually take care of most of it. You can find most of the relevant forms here at the National Aviation Center, and submit them through our platform. We’ll make sure everything is in order before passing them along to the FAA. Should you need some additional help with your aircraft airworthiness certificate, don’t hesitate to use our website chat, fill out our contact form, or give us a call at 1-800-357-0893 and we’ll answer your questions in no time.