If you’re like so many others, you probably put together a list of things that you’re going to accomplish in a given day. Perhaps it’s a detailed agenda written up the night before, or maybe it’s just collecting a few thoughts over your morning coffee or anything in between, but most of us probably do something to lay out what we’re going to do in a day. When you have to fill out your aircraft documentation, it can be perfectly natural to want to put that off as long as possible. We understand. That’s why, at the National Aviation Center, we’ve built a site that makes it possible to get access to all of the forms you need for the airplane database from practically anywhere.

We’re quite proud to have made the National Aviation Center site mobile optimized. That means that you’ll be able to use our site from practically anywhere. We do not say that lightly. When we say “practically anywhere,” we don’t mean “practically anywhere… if you’re on a desktop computer right next to a router” or something like that – it’s not an exaggeration or deceit. We mean it. When you have a functioning internet connection, our site will work for you.

To best define mobile optimization, perhaps we should explain what a site works like that doesn’t have it. When a site lacks mobile optimization, it doesn’t load properly. Perhaps there are parts of the site that are inoperable, or maybe they don’t even load at all. Another problem with a site that isn’t mobile optimized: there’s nothing “mobile” about it. That means that it won’t open on a smartphone, or tablet, or any other kind of mobile device. So, instead of being “mobile,” you’re stuck in one place: on a desktop, laptop, or something similar. 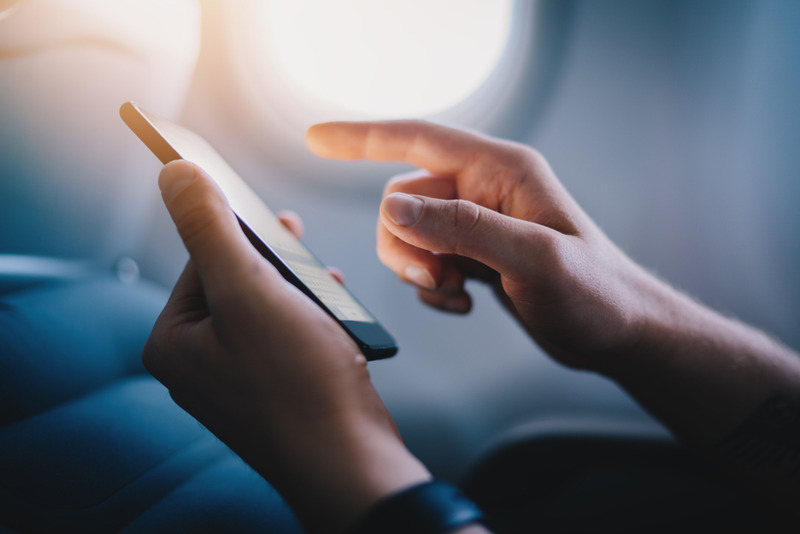 However, with our mobile optimized airplane database documentation site, you can fill out your aircraft documentation forms from practically anywhere while doing anything. Instead of having to clear time out of your busy schedule, you can fill them out a little bit here, a little bit there. Sitting in the passenger seat of a car for ten minutes or so? That’s a perfect time to get on your phone and make some headway on your initial registration (if you don’t finish it entirely). Standing in line at the bank for a while? It might be possible to complete your entire registration renewal.

All the Aircraft Documentation Forms Wherever You Are

With our site, instead of having to contort your life to fit filling out the forms into it, you can fit filling out the documentation into your life. If there’s a boring moment during a movie, or a lull in the conversation, or if you have a few moments before you go to sleep, you can get something done that you have to get done without impacting the rest of your day. For more info, you can head to our site or call us at (800) 357-0893.