The license plate numbers on an automobile are a series of numbers or numbers and letters that are unique to that vehicle. They help with identification and show where the vehicle was licensed. Aircrafts have a similar form of identification, called tail numbers. Each aircraft’s tail number includes a callsign prefix to indicate the country of origin. The United States uses the letter ‘N’ as a prefix, so tail numbers in the U.S. are also often referred to as an ‘n-number’. Each country has its own prefix, so while using numbers and letters is a universal form of aircraft identification, an n-number is exclusive to the United States. France uses F, Germany uses D, South Korea uses HL, and so on.

Other than country of origin, what does an n-number tell us about an aircraft? First, let’s look at the history behind n-numbers and how naming conventions work. 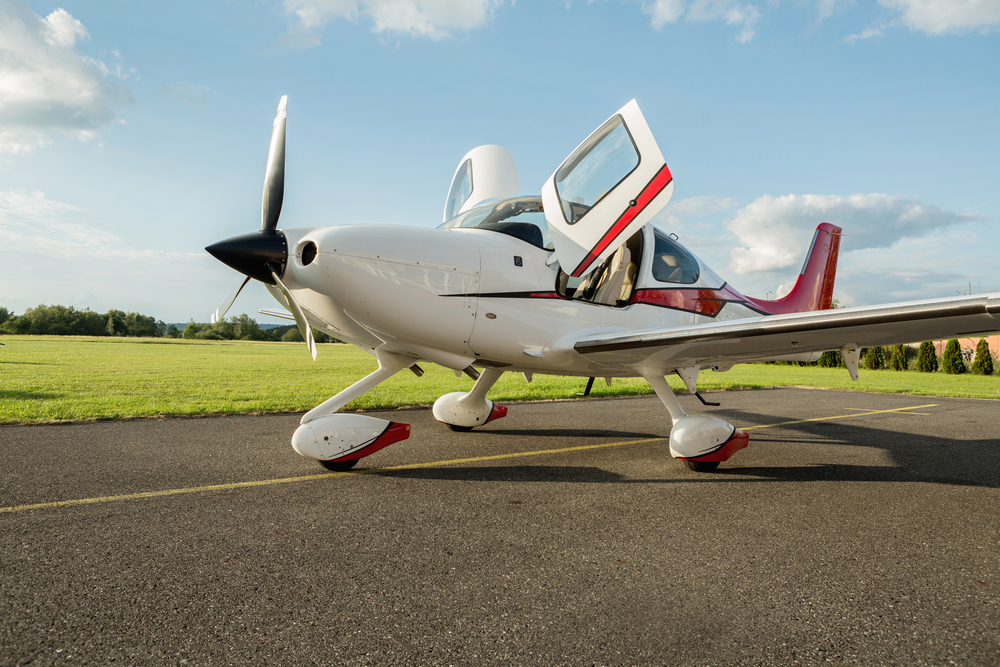 How Did N-Numbers Originate?

After World War I, the Paris Peace Conference established the Convention for the Regulation of Air Navigation (‘Commission Internationale de Navigation Aerienne’ in French). Every country in participation at the time was given a single letter, with ‘N’ going to the United States. It’s unclear as to why ‘N’ was chosen, but there are a few different possible explanations.

The first explanation goes back to 1914, when aircraft licensing naming convention was based on the state’s name. Maryland was the first state to do this, and the first ever aircraft license issued in the U.S. was ‘MAR-1’. The delegates at the convention supposedly chose the letter N to avoid confusion between the national number and the requirement for aircrafts to display the state registration number. However, this is proven false because a multitude of states have names starting with ‘N’ so this would only add to the confusion.

Another explanation, which is also unlikely but somewhat comical, is that ‘N’ was chosen to represent the original thirteen colonies. However, N is the fourteenth letter of the alphabet, not the thirteenth, so if this explanation is correct it is rooted in a very simple and silly mistake.

A third explanation states that ‘N’ was chosen to stand for ‘North America’. Because Canada was still a part of the British Empire in 1919 their original naming convention was ‘G-C’, as ‘G’ was given to the British Empire, only the United States was able to use the letter ‘N’. However there were South American and Central American countries present and none of them were given a call sign beginning with ‘S’ or ‘C’. Panama, which is in Central America, was given S-P and Brazil, which is in South America, was given P-B.

A fourth, and far more likely explanation is that it was chosen based on the regulations for wireless communication in 1919. In 1906 the first International Wireless Telegraph Conference was held in Berlin, and it established ‘S.O.S.’ as the international signal for distress. However, with so much radio communication on land and on sea counties were creating their own call signs. This meant that there was a possibility for one call sign to have two different meanings depending on who said it, and another conference was held in 1912 to introduce international call-signs to prevent any confusion during international communication. Major countries were given their own identifiers so lisenteres could tell where the messages were coming from, and the United States’ callsign was the letter ‘N’. N was chosen because the U.S. Navy had been using it in international waters already; this made communication more uniform.

How Are N-Numbers Chosen Today?

There are a few rules for aircrafts to follow when n-numbers are being assigned. One is that the letters I and O can’t be used, as they can easily be confused with the numbers 1 and 0. N1 through N99 are reserved for the FAA’s internal usage only. Older aircrafts might display an n-number that starts with two letters (NC, NX, NR, NL) but these are no longer issued by the FAA; the secondary letters were indicators of airworthiness (C for standard, X for experimental, R for restricted, and L for limited).

N-numbers can be a combination of numbers or numbers and letters, but they can’t be more than six characters total (N, and then five characters following). There are three possible combinations allowed for an aircraft’s n-number-

What Do N-Numbers Mean Today?

Choosing an n-number is part of the initial registration process for any aircraft. It communicates to others that the aircraft is both from the U.S. and it’s properly registered by the FAA. Today they are required to be displayed on the vertical surfaces of either the tail or the fuselage.